No Holds Barred: The Olympics on the Road to Ruin 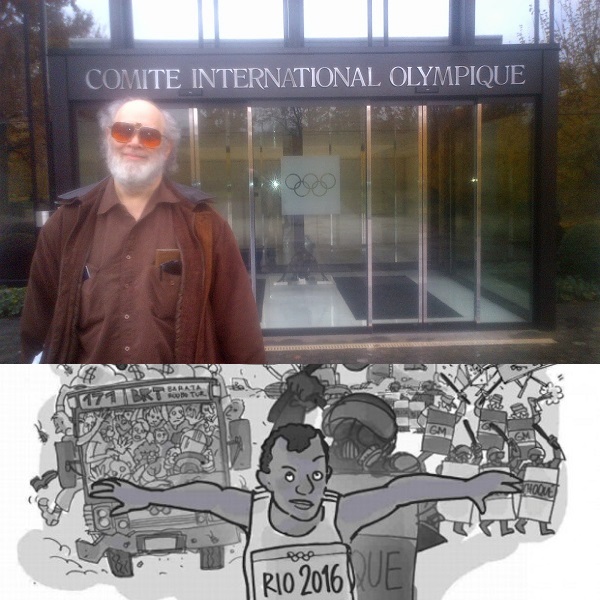 No Holds Barred: The Olympics on the Road to Ruin

On this edition of No Holds Barred, host Eddie Goldman discusses the increasing number of grave crises and scandals facing the International Olympic Committee (IOC), its sports federations, and the Olympic movement in general.

This year's report is called Rio 2016 Olympics: The Exclusion Games.

The report details the many ways in which the preparations for the Rio 2016 Olympics have led to mass evictions, virtual slave labor, "social cleansing", privatization of public resources, militarization of Rio, and even the deaths of many, and principally poor Black youth.

We also hear some brief comments by IOC president Thomas Bach at the conclusion of this week's IOC Executive Board meeting belittling the struggle against corruption and human rights abuses.

Also discussed is the corruption in numerous Olympic federations including FIFA and IAAF among many others; the rejection by the people of a growing number of cities of hosting the Olympic Games, including Hamburg and Boston; the continuing failure of the International Olympic Committee leadership to take any effective measures against corruption and human rights abuses; why aspiring sports groups should NOT plan to join this corrupt Olympic movement but must organize themselves independently and with the athletes at the fore; and much more.

No Holds Barred is free to listen to and is sponsored by:

Defense Soap, an effective, deep penetrating body soap with natural antifungal, antiviral, and antibacterial soap ingredients. Defense Soap is the best cleansing body soap for men and women athletes who are involved in contact sports such as MMA, wrestling, grappling, jiu-jitsu, and judo, to help their antifungal, anti-ringworm, anti-jock itch strategy. Check out their web site, at DefenseSoap.com.

The National Registry for Wrestling, whose mission is to increase wrestling's fanbase, to build a registry of all wrestling fans, to serve as a connecting point for all wrestling fans, and to provide TV and Internet listings for wrestling. For more information, go to NR4W.com.